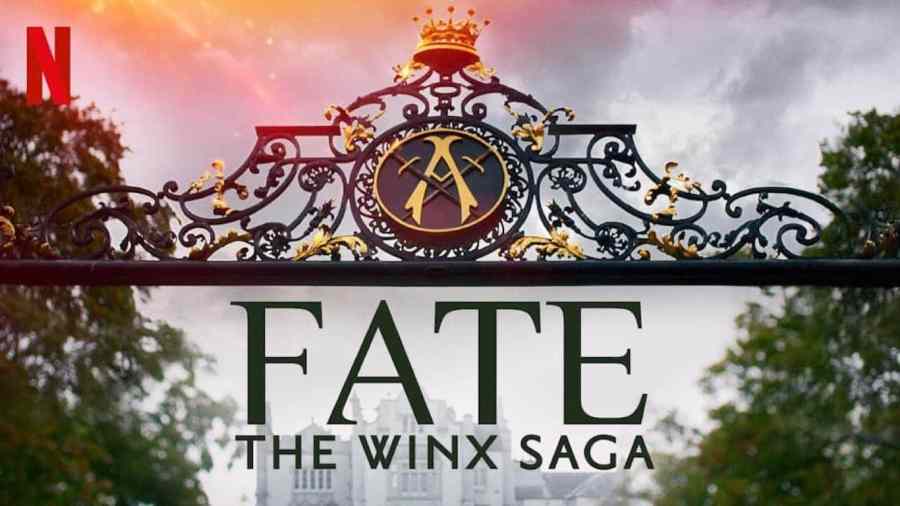 Let’s be honest here, Fate: The Winx Saga is a cash grab aimed at people who grew up watching the Winx Club Saturday mornings as a kid. Nostalgia baiting at its finest. I saw this bait, gave it a munch, and determined that it was quite tasty despite reusing stale ideas. As a member of the target audience, I enjoyed this darker reimagining of the Winx Club. It still has themes of friendship as part of the core plot but everything is darker: the characters with their newfound angst, political coverups/conspiracies, creepy new enemies, consequences of war, steamy hookups, trust issues, and Alfea isn’t pink anymore.

No, no, no, no, no, no… Wait hang on. They didn’t have Tecna! How dare they exclude one of the best (and my favorite) from the Winx girls. Fix this in season two people! -★

This is meant to be an entertaining, darker remake for the now-adult fans of the original series. People who are completely new to the series may watch and enjoy Fate: The Winx Saga but it would be a completely different experience. I can’t view this show without comparing it to what I watched as a kid and my review reflects this. Most likely without the nostalgia goggles, the rating would change. Seeing the new versions of old characters in an updated grim version of this magical realm is fun. I get to compare and contrast the differences between the two and enjoy a familiar story with a setting that no longer has the childish simplicity of the original. It’s not something I would rave about to others and try to convert them to loyal fans. It is a show I would recommend to those who watched the original to see the changes and to those who would like to watch a slightly campy magical romp.

Bloom is raised by normal human parents in our world without magic. When she accidentally starts a fire due to her anger she discovers she has magic powers. Once she has discovered her powers and newfound status as a fairy Bloom decides to learn how to control her new abilities. Bloom is sent to Alfea, the most prestigious fairy academy in the kingdom of Solaria. She is assigned to the “Winx Suite” and meets her new suitemates. Early on Bloom discovers that her heritage isn’t what she thought it was and tries to find answers.

Bloom’s quest for answers is the main plot but some secondary plots and events flesh out the story. Most of these events and stories have to do with relationship drama with the Winx girls, both boy drama and friend drama. I’m not going to elaborate on those so I can avoid spoilers. The other secondary arc introduces a character named Beatrix. She is a first-year student at Alfea. Immediately it is clear that she has hidden, possibly sinister, motives for her actions. What she does causes some dramatic chains of events that affect the plot just as much as Bloom’s search.

Remakes of old movies and tv shows are always hit or miss. Mainly because it will always be compared to the source material. If that wasn’t a big enough hurdle to get over, remakes also have to handle an audience with strong emotions and opinions about the original. Nostalgia is pretty powerful. These feelings become a desire to see the new version be just as good as the original or at least good enough to make it worth the time to watch. When a remake doesn’t live up to expectations it’s easy to feel angry at the remake not just for having wasted time on something bland or just plain ol’ bad but also because it’s easy to feel like the new material disrespected the original.

Is Fate: The Winx Saga a good remake of Winx Club? Short answer yes. I think it is interesting and worth the watch time. I wouldn’t call it a remake though. Fate is more of a reimagining of Winx Club. While they kept most of the characters, settings, and base plots there are also many changes. The entire show has a far darker tone than the original. Coverups and covert spying are common themes throughout season one. Characters face deeper, more difficult personal challenges about identity, relationships, self-worth, grief/loss, their past, and insecurities. Not to mention, some characters are completely new while others don’t appear at all. (Seriously where is Tecna?) All in all that’s why I enjoyed the show. Because the creators didn’t try to just recreate the original. Instead, they used parts of the original to reimagine a different version of the story. It’s not a bright, colorful magical-girl adventure aimed at kids anymore. It’s an angsty fantasy teen drama now aimed at people like me and I liked it.

Things that cause me annoyance or anger:

*Image does not belong to me. I got it from an article on OtakuKart.com by Vijayalakshmi Devanathan. Fate: The Winx Saga belongs to Netflix